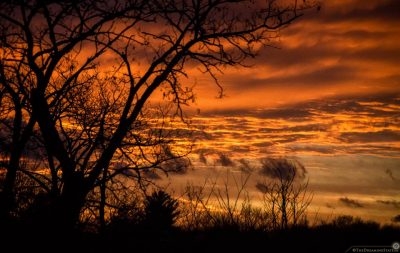 “There was never a time when I did not exist, nor you, nor any of these kings. Nor is there any future in which we shall cease to be.” – The Gita is a Hindu scripture originally written in Sanskrit. It is a narrative in the form of a dialogue between Arjuna and his guide and charioteer Lord Krishna. I don’t really want to say any more, all I can really say is that this short read is worth it. 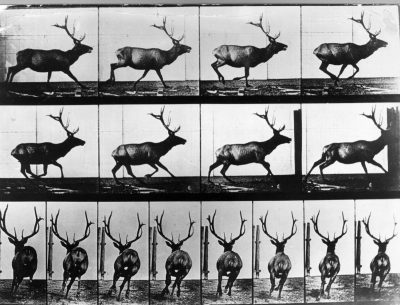 Muybridge is most known for his photographic studies of motion, using various animals but also many human nudes in the 1870’s. As a fun side note: He shot and killed his wife’s lover but was acquitted in a jury trial on the grounds of justifiable homicide, but that’s a whole other story… Muybridge utilized a series of cameras and trip wires in order to capture the moments in-between locomotion. He also created the Zoopraxiscope, a device for viewing motion picture which pre-dated perforated film strip used in cinematography today. See more at http://www.muybridge.org/ 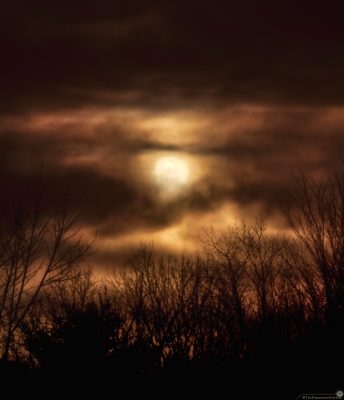 The supermoon this month is the closest the moon has been to the earth since 1948, which is well before I existed. Tossing the camera and tripod in the car, I traveled out to photograph the rise, but soon noticed that the sky was covered in clouds. At first this was disappointing, but I soon realized – how many perfectly focused exposures of the moon do we really need? This shot felt far superior because it was different than the usual. Sometimes you just have to work with what you got. Sometimes that’s better. 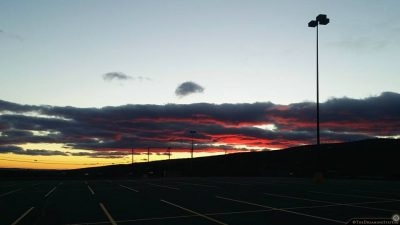 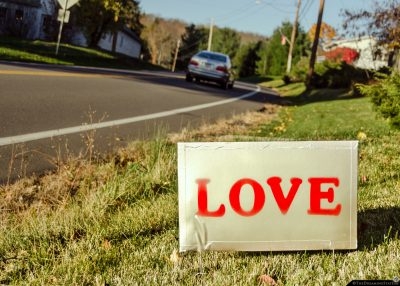 The worst part of election season: Yard Signs… Once again, as it seems to be a tradition of mine, I’ve decided to jump on the bandwagon by putting out a sign of my own. I grabbed an old election sign and spray-painted the word “LOVE” onto it. I don’t care what side you are on – we are all human – and love is the key to a peaceful and happy life… I like to think this is the only yard sign everyone needs. I think I’ll keep this out for a few months. 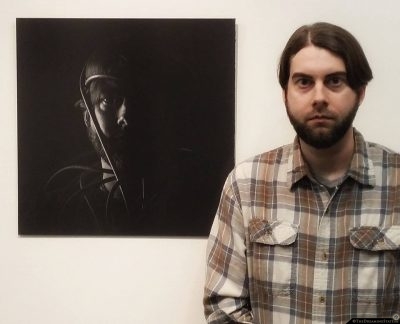 While checking out some new gallery openings tonight, I happened upon this image. Nothing is more surprising than realizing YOU are art on the wall… Photographer Alex Seeley made this dark and strange portrait of me during an artist talk he gave at AFA Gallery many months before. As the sitter, I never got to see what became of the image. I really love how little of the figure you can see. The images in Seeley’s solo show at the ArtWorks Gallery are so dark with just a glimmer of light. Just enough light if you ask me. Check out more of Alex’s portrait and commercial work at http://alexseeley.zenfolio.com/ 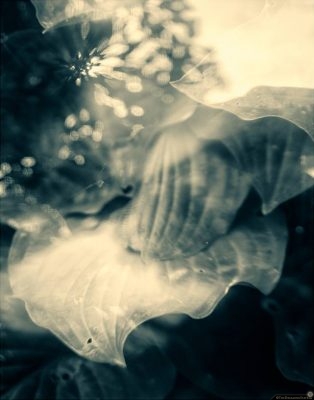 I continue to explore the idea of holding a distorting lens between my camera and my subject. To me, this blurring, depth, and color creates a new way of being with nature. It reminds me of some kind of faded memory, like the changing of time. I wrote this thinking about the image… When you are near, Time ticks tirelessly on without a single care. When you are far, Seconds suddenly slow to an anxious crawl. 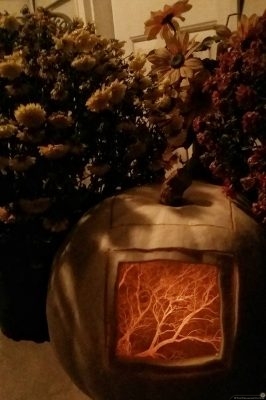 When carving a pumpkin I always strive to do something a little different. This time I carved a little window frame out of a white pumpkin that holds a 4×5 negative of tree limbs. When you put a candle inside it is beautifully back-lit… I guess this is how a photographer celebrates Halloween. 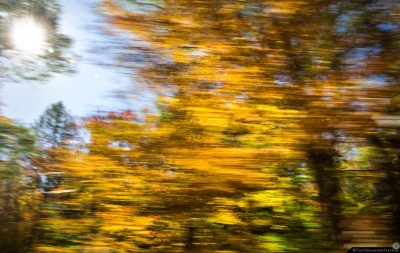 I rode an old 1950’s diesel locomotive today. This was my first train ride ever (that I can remember at least). My favorite part was staring out into the abyss that was just a horizontal blur of colored fall leafs. Hypnotizing. Memorizing… I opened the window, slowed my shutter, and made an attempt to capture the moment through my camera. 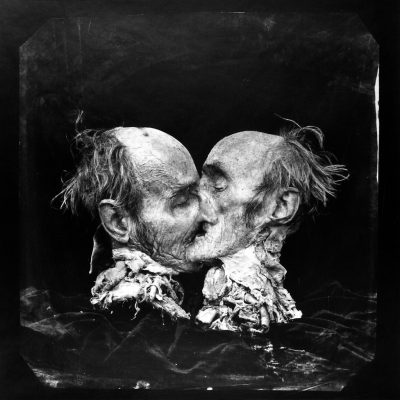 I will preface this by noting that Witkin is a very well known and achieving artist, and I personally adore his genius – however the work is also difficult for some to take in, so be forewarned… An early childhood memory left Witkin obsessed with the idea of death. This theme is brought up in his work along with the grotesque. Many of his images contain corpses, body parts, transsexuals, the physically deformed and so on. His complex tableaux often appear similar to old classical paintings. This image titled “The Kiss” leads us to happy thoughts of love, however these two heads are actually one person, his head cut in half and re-positioned facing himself.